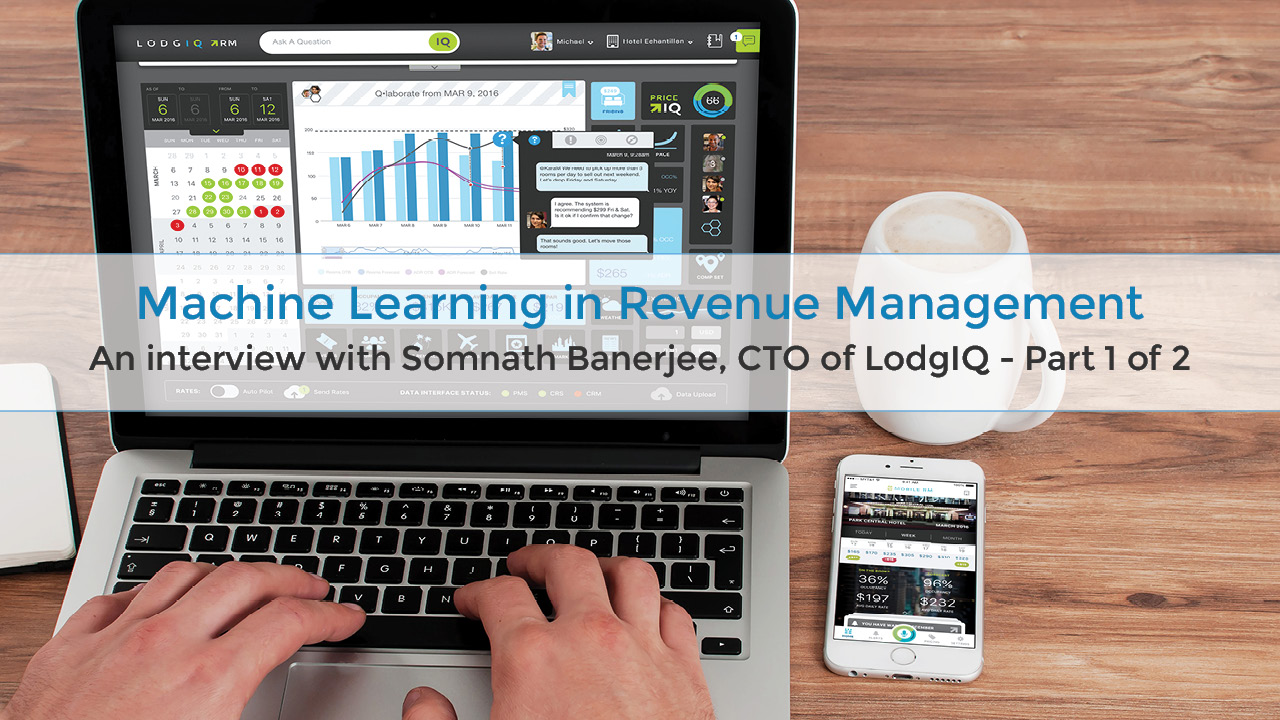 In part 1 of this podcast, we interview Somnath Banerjee, CTO of LodgIQ, to learn more about the origins of machine learning and how it is being applied in revenue management technology to make intelligent pricing recommendations.

Prefer your news all at once? Sign up to receive revenue-related news right to your inbox.

Here’s a summary of the podcast:

Machine learning (ML) got its start in the 1950s. Arthur Samuel, a pioneer of ML, wrote the first game-playing program for checkers. The program would play against world champion checker players to learn and eventually beat the game. Two other notable visionaries, John McCarthy and Marvin Minsky, made early inroads in artificial intelligence (AI). McCarthy, who is regarded as the founding father of AI, developed LISP, the program language of choice for AI apps as well as garbage collection, a form of automatic memory management. In 1951, Marvin Minsky built the first artificial self-learning machine called SNARC, as well as several popular AI models used today.

A well-recognized example of machine learning to become popular in mainstream media is IBM’s Watson. Watson is a computer system capable of answering questions that are posed in natural language. With access to over 200 million pages of structured and unstructured data, Watson successfully competed on Jeopardy in 2011, winning the first prize of $1 million. In February 2013, Watson embarked on its first commercial application for Memorial Sloan-Kettering Hospital, for utilization management decisions in lung cancer patients.

The relationship between humans and machines

It is important to note that while these machines are capable of completing tasks with precision and efficiency, they are meant to augment human intelligence, not replace it. Machines aide humans by taking on the rogue thought processes that are tedious and tasking to humans. Much like the recommender systems we use every day, like Netflix and Amazon, machines ultimately rely on human input and the observation of their past behaviors to truly improve outcomes and experiences.