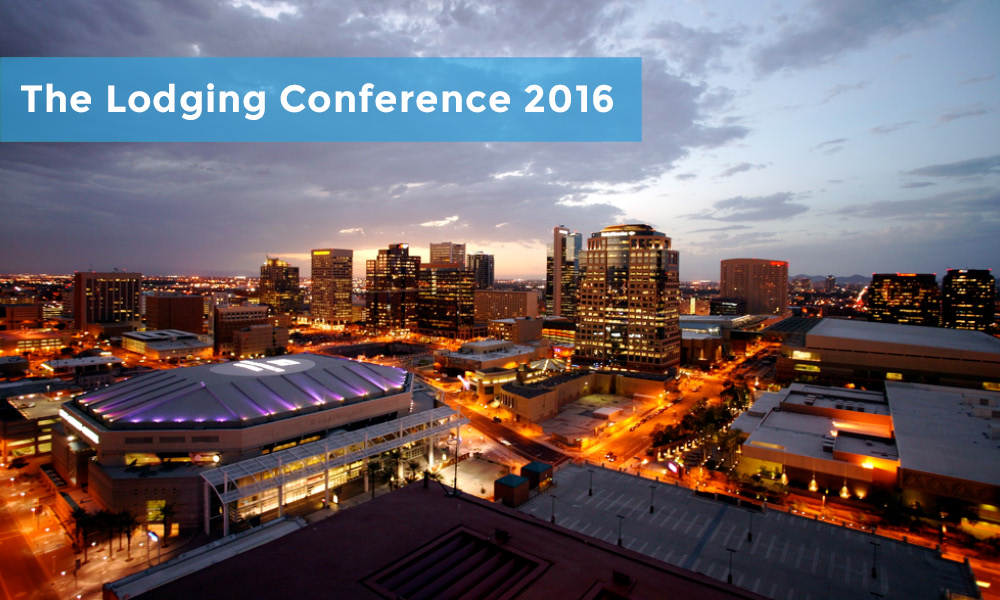 Top executives from the American and global hotel industry gathered in Phoenix, Arizona during the waning days of September for an annual get together of some of the industry’s most influential people. And in our speaking with them we learned about relevant trends and challenges for the lodging industry. Every uncovered trend reinforced the need to become smarter about forecasting and related rate setting.

We also learned the industry is transforming rapidly, but the one constant point; We’re in a new era. It’s a time when a new approach to ensure your hotel’s continued profitability is more important than ever due to an ever more complex competitive landscape. Here are some of the highlights observed during the event, which attracted 1,800 of the most powerful people in the hotel business.

There are so many new hotels entering the market, many of which may coming to your neighborhood. Hoteliers must not only prepare for heightened competition, but also against innate consumer desire that dictates if it is newer, it must be better.

The days of double digit growth numbers are over. Sadly, the long streak of powerful rate increases is giving way to lower, slow growth levels. According to STR, RevPAR during the last 12 months has increased 2.9{97f5de9008dbce478b9914384118bb17bc275beb18053f10d4c63e347dc71139}. This slowing will continue as the strong demand cycle has now ebbed. More frustrating, customers are regaining pricing power.

The lodging industry is becoming increasingly concerned about Airbnb and its effect on both rates and hotel demand, most notably in major international cities such as New York, London and Paris.

According to Katherine Lugar, President and CEO of the American Hotel and Lodging Association, commercial operators are accounting for 40{97f5de9008dbce478b9914384118bb17bc275beb18053f10d4c63e347dc71139} of Airbnb profits in major cities. It’s a hotel industry threat as these operators are side-stepping many rules applying only to hotels, such as fire safety laws, ADA requirements and most critically, taxes. It’s threatening to put increased downward pressure on room rates.

“We have to unite and wake up as an industry and say this cannot continue,” said David Kong, President and CEO of Best Western Hotels and Resorts, during a powerful general session discussion.

If the hotel industry is not careful, it will experience real rate loss as occupancy further erodes, and with it, pricing power. In fact, Morgan Stanley has assigned a 50 basis point expense allocation because of Airbnb for the hotel business. And it could get worse. Smarter revenue management techniques will be needed to combat this trend, and to better connect with guests on the fence about staying in an Airbnb or choosing a traditional lodging product.

Marriott International and Starwood Hotels and Resorts finally merged just prior to The Lodging Conference, ending nearly a year of industry drama. It also made for much conversation during the event, especially regarding its effect on the competitive landscape. One other major talked-about deal; Red Lion Hotel Corporation bought Vantage Hospitality just prior to the event, adding another layer of industry intrigue and playing into the notion that for the hotel business, bigger is better.

There’s been much industry consolidation taking place during the last year for ownership groups and brands, such as Destination Hotels with Commune and Benchmark with Gemstone. This is creating a whole new era where these new larger entities have more massive resources to stomp out competitors. Revenue managers must think about new ways of setting rates, enhancing experiences for consumers and wisely use all the data that they can get their hands on in order to combat the emerging Goliaths.

Overall, the hotel industry is changing quickly. An environment increasingly more challenging to operate within, and also more difficult to wow customers easily prone to buying on rate alone. Now’s the time to consider rethinking how you structure your rates for maximum effectiveness.